IELTS Writing Task 1: How To Write A Process/ Diagram Essay Note: paraphrase the question as much as possible

=> The illustration demonstrates how plants produce energy from sunlight.

=> The illustration describes the process of a nuclear power station producing electricity.

=> The illustration depicts the process of how nuclear power plants generate electricity.

Note: There is no graphic or illustration in your essay, so you need to remove the word “below” in your Introduction.

(*) Use this structure when the diagram describes 2 separate processes.

Firstly, / Initially, / In the beginning, / To begin with, + clause

Production/ The cycle starts/ commences/ begins when + clause (with + V-ing)

The first step is when tea leaves are picked by hand.

The first step is picking tea leaves by hand.

Next, / After this, / Afterwards, / Following this, + clause

At the next phase of (the process/ the cycle), + clause

The process/ The cycle continues/ proceeds when + clause (with + V-ing)

At the next phase of the process, fresh leaves are dried under the Sun.

The next step is when fresh leaves are left under the Sun to dry.

The following step is drying fresh leaves using heat from the Sun.

The process continues when fresh leaves are sun-dried.

The process concludes/ finishes/ completes when + clause (with + V-ing)

The final step is when tea packets are distributed to retailers.

The process completes when tea packets are distributed to retailers.

E.g.: Tea leaves are harvested mechanically. Then, they are dried. (2 single sentences)

Having been + past participle, + [clause]

Eg: The beans are roasted at 350°C. After that, their shelves will be removed.

Relative clause (where, when, which, who, that)

Eg: After that, salmon are delivered to the factory. There, they have their bones and skin removed.

Eg: The wind will travel across the beach. This carries the sand to different parts of the coast.

Example: The final product is packed in sterilized containers and dispatched to retail stores. If you can follow these ground rules, you save yourself from unnecessary worries. Here we go! Allocate time to plan...

END_OF_DOCUMENT_TOKEN_TO_BE_REPLACED 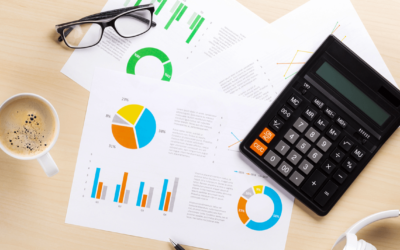 Drawing on my teaching experience, I observe that a great many students are bemused by the question of when to use...

END_OF_DOCUMENT_TOKEN_TO_BE_REPLACED Below are several linking words you should use to boost cohesion & coherence in your writing. When making...