Borrowed words from other languages – Part 1

Since its infancy, the English language has been borrowing words from other languages. These ‘borrowings’ or ‘loanwords’ can be traced back to specific periods in history.

What usually happens is that English speakers find an equivalent in another language to describe something they do not yet have a word for in their lexical repertoire.

It is estimated that loanwords make up 80% of the English language, with major contributors being Latin, French, and German roots.

You may recognize some of the popular French sayings that have made their way into English as borrowed phrases – bon voyage or bon appétit, for instance – but chances are you pepper your daily speech with foreign words without even realizing it.

Below are 20 common English words that you might not know have origins abroad.

In the early 8th century, Arab fighters invaded the Iberian Peninsula, which now accommodates Spain and Portugal. These forces were known as the Moors. During their occupation, their language spread throughout the area, and entered Latin, the language spoken by the locals.

Over the next several centuries, Christian-led forces took control of the Iberian Peninsula. However, by this time, the language spoken there had been forever influenced by the Arabic language.

As Latin began to influence English, many of these Arabic words have survived and were passed on. To this day, many words commonly used in English have Arabic roots.

The English word alcohol comes from the Arabic word al kohl. Al is the definite article in Arabic, acting much like thein English. The original meaning of kohl was a powder, or fine particles, that was added as make-up around the eyes.

It is not clear how this word came to mean a drink. But a common belief is that this happened after the word alcohol entered the English language. The term was once used for the powder produced from sublimation of natural minerals. The meaning was later changed to refer to when substances were purified to create ethanol, a kind of alcohol that can be drunk.

Alcohol is now the most common English word for the colorless, but often powerful liquid in some drinks.

There are different accounts about how coffee was discovered. The most famous is that coffee beans were discovered in the Oromo area of Ethiopia. However, another country, Yemen, was the first to export the drink widely. The Arabic language is widely spoken in Yemen. The Arabic word for coffee was qahwah, which originally meant ‘wine.’

Long ago, traders sold coffee beans throughout the Middle East, and later to Turkey, where it was called kahveh. Coffee eventually came to Europe, arriving in Italy, where it was called caffe. By 1650, the drink had arrived in England, and the name had changed to the sound it has today, coffee.

The word giraffe was introduced into the English-speaking world during the 16th century. It comes from French girafe, which in turn originates from Arabic zarafa.

The Arabic term from which lemon originates is called līmūn (pronounced ‘laymuun’), defined simply as a yellow citrus fruit. The word became part of the English language family post-1400 and was also influenced by another Middle Eastern language, Persian.

In modern English, the word lemon is often used in the expression: “If life gives you lemons, make lemonade.” This suggests that you should always be hopeful and move forward, even during tough times.

Many of the Chinese words that are now part of English were borrowed long ago. They derive from Cantonese or other Chinese languages rather than Mandarin.

Dim sum is a style of food that is common in southern China (specifically in and near Hong Kong).

The word originally meant ‘touch your heart,’ but now it is just used to describe a meal in a restaurant where the guests have many choices of small dishes of food. Many of the foods are steamed in bamboo baskets, and there are also other dishes like soup and fried bread.

Ketchup is probably America’s most popular condiment, and most Americans would have a hard time believing that ketchup was not created in the USA. In fact, the story of ketchup began more than 500 years ago in Southeast Asia.

Originating from its Chinese equal ke-tsiap, the word initially referred to a type of sauce made from mixing pickled fish and spices in 1692. Fast forward 100 years in the Western world, tomatoes were added to the sauce to create what is now known as ketchup.

The word first started in Chinese as dou-fu, passing through Japanese before being adopted into English as we know it today – tofu.

In Chinese, dou means ‘bean’ and fu means ‘rotten’ or ‘sour.’ It sounds gross when you put it that way, but it can actually be pretty tasty! If you’ve not tried it, you should.

The origin of this word is quite complicated since not all historical accounts are the same.

Some say it was reinforced by the Chinese word taifeng, which means ‘big wind,’ but there were also some possible influences from other languages, such as Indian, Arabic, and Greek.

The Dutch form baas was recorded in English from the 1620s as the standard title of a Dutch ship’s captain. The Americans may have taken the word on as their own to avoid the use of the word master which implied slave subordinates rather than free laborers.

Did you know this rolled, sliced and baked sweet dough is originated from the Dutch language? It’s true though, it really is.

The English language derived the word cookie from the Dutch term koekie (pronounced kook-ye), defined as akin to cake, to describe this sweet snack.

The origin of this word is the Dutch verb kruisen, which means ‘to cross’ or to ‘sail to and fro.’ With the Dutch being one of the leading seafaring nations, it’s no wonder that so many English words related to the sea or sailing (such as sloop, buoy, deck, bow, skipper, and yacht) trace their roots in the Lowlands.

In the realm of languages, English, French and German are almost like three siblings that grew up together. Each language influenced the other two in several ways, but one of the biggest impacts on English was French.

In fact, from the 9th to the 14th century, a form of French was even the ‘official’ language in the courts of England! During those years, the common (non-royal) people spoke an older form of English, while the kings, queens and members of the court spoke French.

This is a form of dance that is popular throughout much of the world. Because this dancing style developed in France, many of the words that people use to talk about ballet also come from French. Non-ballet dancers would probably only know the words ballerina and tutu from that list, though.

Some of the most common loanwords are related to food. That is because many foods are closely associated with a particular culture, and other languages don’t always have words for foods from other cultures.

A croissant is a type of pastry that is light and flaky. Flaky means the croissant leaves lots of little crumbs on your plate when you eat it.

In the 13th century, the word entrepreneur stemmed from the French verb entreprendre which meant to ‘undertake’ or ‘do something’. History suggests that by the 16th century, the verb had transformed to form the noun entrepreneur that referred to someone who started a business venture.

45 common English words that came from other languages https://www.fluentu.com/blog/english/english-words-from-other-languages/

Thank you for coming back! I hope you’ve enjoyed the summer vibes so far. If you’re thinking about how to celebrate...

END_OF_DOCUMENT_TOKEN_TO_BE_REPLACED 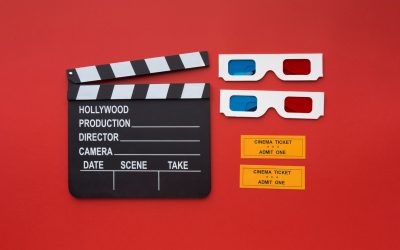 Hi there, Summer is finally here, and I hope you can take time to unwind. Whatever you do, you deserve regular breaks...

END_OF_DOCUMENT_TOKEN_TO_BE_REPLACED 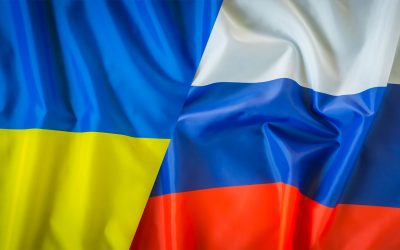 You’ve probably heard about Russia’s invasion of Ukraine via mainstream media over the last couple of weeks. Though...