I used to fear rejection after being turned down for every job I applied for, inducing me to doubt my self-worth. The subconscious voice kept telling me that I wasn’t good enough, that I was too small and inadequate to make an impact in this world.

I used to fear failure when I had to step out of my comfort zone and venture into uncharted territory. I wanted to effect a more profound and direct influence on people whose lives I touch and change, but changing careers felt daunting.

I used to fear confronting with my inner self because I had the faintest idea of who I am and why I’m here. The fact that I couldn’t have a concrete answer intimidated me; I was scared of conversing with myself.

I used to fear being disliked and ended up being a people pleaser. I had a hard time setting clear boundaries and learning how to say ‘no.’ I was so accustomed to putting others first that I forgot I also deserved to be prioritized.

And before I forget, I fear getting hurt after realizing I was trapped in a web of lies for almost two years by my ex-boyfriend, and being left by another who was in favor of a pre-arranged marriage. The excruciating pain has held me back from striking up any new relationship for years.

Most of us have fear below the surface. Fear at its core is self-limiting beliefs. Fear stops us from moving forward, from letting go, and taking risks. Fear is like a birdcage, keeping us inside, dictating what is or isn’t allowed. It controls our being.

So what should we do to overcome fear?

Years ago, I jokingly questioned the possibility of having my whole body supported by my head. Today, I don’t let a day go by without flipping my world upside-down.

Before I could nail this headstand pose, I’d had to wrestle with the fear that I would certainly fall. And I did. Multiple times. Was I uncomfortable the first time I tried it out? No. I was terrified as hell. The irony is that the more afraid I felt, the more likely I was to fall.

Having accepted falling as part of my learning journey, I’ve allowed myself to fall and reiterated that it’d be okay to do so. As a result, I kept falling under control, and it wasn’t as frightening as it used to be. The more I did it, the more comfortable it became. That’s how it goes. Everything is uncomfortable at the beginning, but if you stick with it and continue, you will eventually progress through the discomfort zone and succeed.

The thing is if you hardly ever try, you’ll never know what you’re capable of.

Now I fear less, but I’m not fearless. It’s imperative to realize that it isn’t necessary to shy away from fear in order to succeed. All it takes is a little courage.

Courage here doesn’t mean you aren’t scared; it’s not the absence of fear. It’s about being able to doggedly continue in the presence of fear. It’s the ability to keep going even when you are terrified. You are allowed to be scared. It’s okay to be fearful, but don’t let it paralyze or devour you. Don’t let the size of fear outgrow the size of you. Susan Jeffers even wrote a fantastic book about this, entitled ‘Feel the Fear… and Do It Anyway.’

Try this. From now on, whenever you feel uncertain, insecure, or afraid, instead of retreating to safety, say “I must be growing,” and press forward. Notice and experience the feelings of discomfort, recognizing that they are only feelings – and that they do not have the power to stop you.

The idea is to practice, to train yourself to do whatever it takes, and to act in spite of anything that might be in your way. Train your mind to be curious of obstacles rather than fearful and you can overcome any doubt. Be unstoppable.

When we try to ignore our fear, it grows. When we face it, it shrinks.

This is how I apply what I learn on the mat into off-the-mat life.

What would you do if you weren’t afraid? Situated approximately 25 kilometers away from Da Lat City, Andante is characterized as a secluded farm-stay by not...

END_OF_DOCUMENT_TOKEN_TO_BE_REPLACED September 25, 2018 Months ago when I told people that I was running for a 42km trail at the Vietnam Mountain Marathon...

END_OF_DOCUMENT_TOKEN_TO_BE_REPLACED 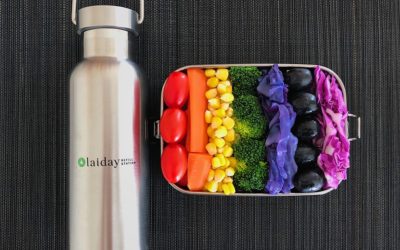